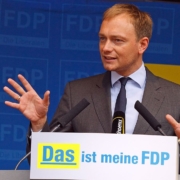 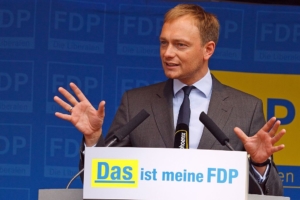 Present convincingly and engage the audience: Not everyone can do that. Leaders, in particular, should have the communication skills to captivate audiences and, most importantly, convince them of their own words. In the following recording, the German FDP party leader Christian Lindner proves how to make use of rhetorical elements.

Visibly irritated by the interjection of a colleague from the SPD, Lindner reacts energetically. He takes up the words of the heckler again, addresses him, but also his party colleague, the prime minister, directly, repeats many statements, leaves nothing unheard, switches on pauses so that the listeners can digest what has been said. His arguments are particularly convincing when he supplements them with gestures. From minute 1:40, for example, he incessantly raises his right arm and gives the beat with his arm. A fascinating reinforcement of his point.

“There you have one.” and “I’ll tell you one more thing”: phrases he repeats three times, just to score one more point at the end. Definitely word requests to learn from.

You too can use the techniques described. Why not do it at your next presentation?

Click here for the video of Christian Lindner. The video lasts only 2:45 minutes. Look at it. It’s worth it.